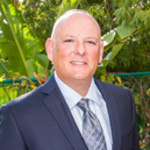 Chairman of the Board

Dr. Weiss, currently serves as Vice President, Medical Affairs and Clinical Development of Juniper Pharmaceuticals Inc. He was previously Global Medical Director of Women’s Health and Bone Health at Teva Pharmaceutical Industries, Ltd. Dr. Weiss received an MBA from the George Washington University, Washington DC, an M.D. from the Ohio State University College of Medicine Columbus, OH and a B.A. in Philosophy (Summa Cum Laude) from Ramapo College of New Jersey. Dr. Weiss has served as a consultant to multiple medical device and pharmaceutical companies including American Medical Systems and venture capital firms in NYC and also founded and served as the CMO of a biotech medical device company in Israel. He owns multiple patents and is the author of numerous publications in the area of women’s health/gynecology. 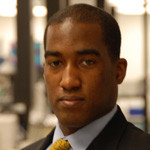 Mr. Commissiong is currently a director and President & CEO of Amarantus Bioscience Holdings, Inc. and is interim-CEO of Breakthrough Diagnostics, Inc., Todos’ joint venture with Amarantus. Mr. Commissiong has been responsible for Amarantus’ strategic transactions, licensing, research collaborations, mergers & acquisitions in therapeutics and diagnostics, as well as fund raising, having raised over of $50 million since inception. Prior to co-founding Amarantus, Mr. Commissiong played professional football for the Calgary Stampeders of the Canadian Football League. Mr. Commissiong received a B.Sc. in Management Science and Engineering with a focus on Financial Decisions from Stanford University. 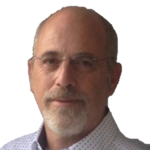 Mr. Hirsch as over 25 years of experience with a demonstrated history of working with public companies. Mr. Hirsch has management and business development expertise to go along with a strong background in investor relations.

Mr. Abramovitz was appointed as a director of our Company on February 27, 2016. Mr. Abramovitz has held managerial positions in various organizations (Israeli companies and charities) including acting as deputy CEO of A.S. Mehadrin Ltd. Mr. Abramovitz holds a B.A. in business administration, specializing in information system form Ono Academic College, Israel and currently is studying towards obtaining an MBA degree from Ono Academic College, Israel. Mr. Abramowitz received training and a certificate to serve a mediator from Bar Ilan University, Israel.

Mr. Ostrovitzky was appointed as a director of our Company on December 5, 2013. Since 2008 he has acted as the President of Ostrovitzky Holdings Company, a company which has developed a variety of real estate projects in the Czech Republic, Germany, and Israel. As President, Mr. Ostrovitzky supervised sub-contractors and service providers. Mr. Ostrovitzky also developed and led renewable energy projects in Greece, planned and oversaw construction of Photo-voltaic parks in Greece, and provided management for a medical center (Dialysis and specialists) in the Czech Republic. He received a BA in business administration from the Interdisciplinary Center Herzliya, Israel, where he specialized in finance, and studied Economics at the Tel Aviv University, Israel.

Mr. Moshe Schlisser has been a director since February 27, 2016. Mr. Schlisser currently also serves as a director at SmartGreen Ltd, Tantel Group Ltd and III Pte Ltd. Mr. Schlisser is a General Partner at Shefa Capital Ltd a Growth Venture Fund with a focus on mid to later stage deep technology investments. Mr. Schlisser held managerial positions in various investment firms and has experience with investments, structured finance and mergers and acquisitions. In 2010, Mr. Schlisser co-founded and currently serves as a director of a soup kitchen that serves to over 50 homeless and underprivileged individuals a hot prepared dinner every night and that delivers weekend food packages to over 250 underprivileged families.